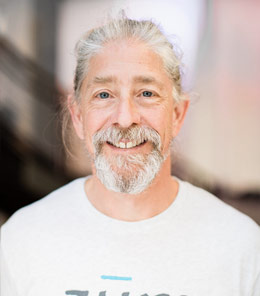 Kevin was born in Portland, grew up in Seattle, lived in six states, and has always been a gym rat. His interest in sports began with Little League baseball as a kid, followed by football, basketball, baseball, tennis, water polo, and fencing. After hand-to-hand combat training in the U.S. Marine Corps, martial arts grabbed his attention; and he studied Kenpo and Taekwondo, finally settling on Hawaiian Jiu Jitsu. He also spent 33 years in broadcasting, doing every job in the industry: news reporter, anchor, and meteorologist!

Currently ranked as a third-degree black belt with two Jiu Jitsu organizations, he is slated to teach women’s self-defense at ZUM with co-instructors from the Seattle Police Department, in addition to a Hawaiian Jiu Jitsu class. He plans to add to his resume in the fitness industry by continuing his education in nutritional chemistry and becoming a personal trainer.

Married to his high school sweetheart, he is the father of three grown sons.